I Am a Fan 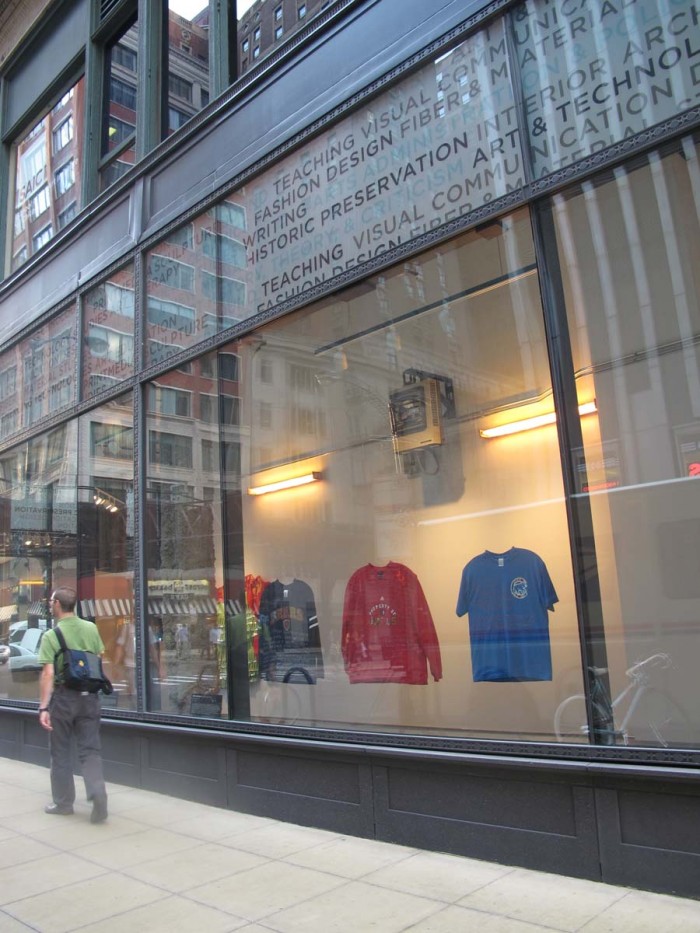 In this project I used Chicago sports teams t-shirts and sweatshirts as a medium to speak of issues of assimilation, passing, and otherness. When people come to the U.S. from other countries they invariably have a moment in which they realize that their appearance is conspicuous, and identifies them as “other”. Many immigrants then decide to modify their wardrobe to “pass”, to attempt becoming more American.

I noticed that in Chicago sports team paraphernalia is used by non-natives as a marker of belonging. I decided to use sport shirts to explore the complexities of trying to belong in a foreign place. I bought shirts at a local shrift store representing different teams, and I embroidered quotes from recent immigrant to Chicago speaking of trying to fit in and preconceived notions of America. I used fabrics native to the countries where the person quoted is from and superimposed them onto the sport teams logos in order to make the attempted shift between Other and American apparent.

I made the shirts’ tags prominent in the piece, as they are made in immigrant countries, such as Honduras, Guatemala and Swaziland. The irony of the shirts being made where immigrants to the U.S. are coming from, and then being used as markers of Americaness speaks of the incredibly shifting and multi-layered quality of contemporary society and the elusiveness of “home”.

The pieces are displayed on hangers in the gallery space, where viewers are invited to engage directly with the shirts by touching them, and having a sense of the tactility of the garment. 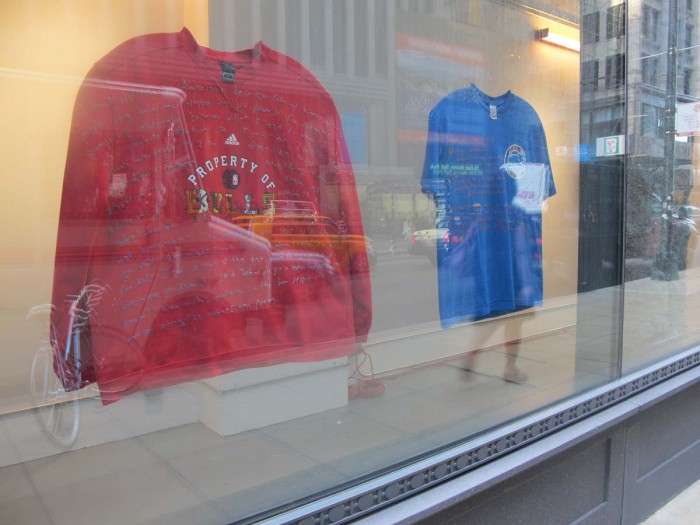 Here is the text embroidered on the t-shirts:

“Money hurts my feelings somehow. Because money in the U.S. is the most important thing. But, what is it? Money is nothing. It’s us , love, justice, morals , ethics, education. That’s most important.

For the longest time I was trying to get rid of my accent. But I don’t think I wanna do it anymore. People look you up and down, think you are lower then them if you are an immigrant.”

Made in Honduras (on the tag)

“I don’t feel like an American because lots of times many people have told me ‘where are you from?’ for example, I changed all my wardrobe because what I used to wear I noticed that it attracts attention, so I said’ OK, I will change all my wardrobe, try to dress like American.” That didn’t even change anything. People in the train said ‘where are you from?” I said ” Why? how do you know I am not American?’ ‘It’s the way you sit, it’s the way you walk’. I went to a bar downtown to watch the Bulls. I sit at the bar and the guy next to me said ‘where are you from?’ Even in this darkness in the bar people see you and can recognize where I am from.”

“I started looking at some of these movies. I looked and I see how America is, and these high rise buildings. It was funny that when I first thought America, I thought it was 100% white people. I didn’t know there are all these different people from all these different countries. I thought ‘I am going to a white country, I am gonna act like a white’” 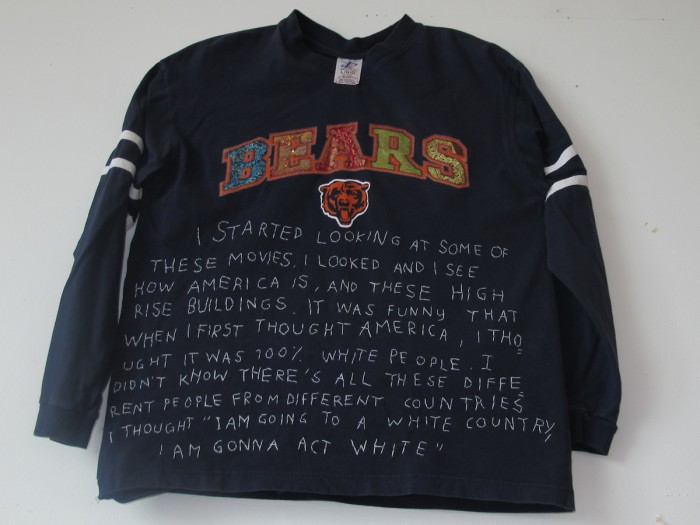 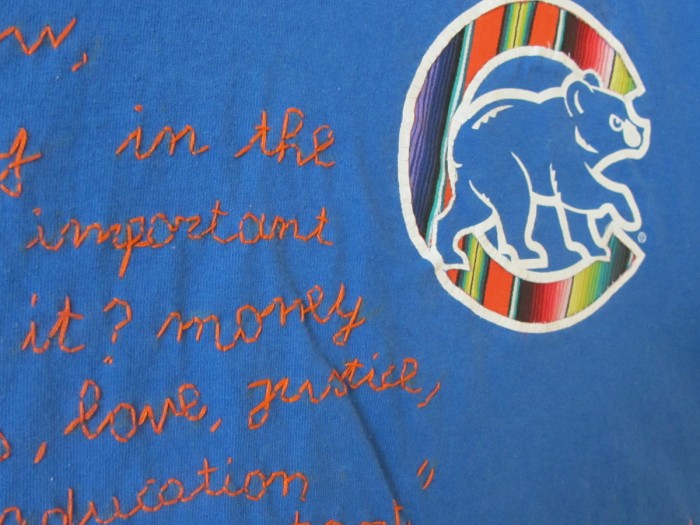